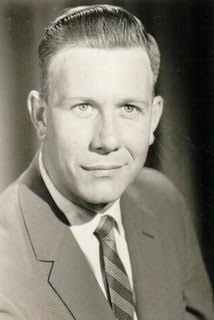 HAYESVILLE – J.W. Frasure, 84, of Hayesville, NC passed away Tuesday, September 19, 2017 at home with his wife and daughters.

He was preceded in death by his parents, sister Geneva Shanabrough and brother-in-law Shanny Shanabrough.

Mr. Frasure served in the Army during the Korean War.  He later worked for 3M Mining and Manufacturer and Kyanize Paint Company.  1971 He started a manufacturer’s representative business selling paint related items to paint industries.  His 30-year business success was due to his wife Florence, Fred Stakes (brother-in-law), Harry Gibbs, Travis Dyer, and Chuck Greene.

For the last 11 years Mr. Frasure was a member of Sharp Memorial Methodist Church.  Mr. Frasure was an avid golfer for over 50 years where he was fortunate to have the opportunity to play at some of the world’s most famous courses.  Mr. Frasure had a deep love for his family, friends, dogs and time with all on Lake Chatuge.  He was known as “Daddy” to his daughters, “Paw-Paw” to his grandchildren, and “Jay Bird” to golfing friends. He will be forever missed.

Memorials may be made to Sharp Memorial Methodist Church at P.O. Box 66 Young Harris, Georgia 30582. Banister Funeral Home of Hiawassee, Georgia in charge of arrangements.

To send flowers to the family in memory of J. W. Frasure, please visit our flower store.
Send a Sympathy Card