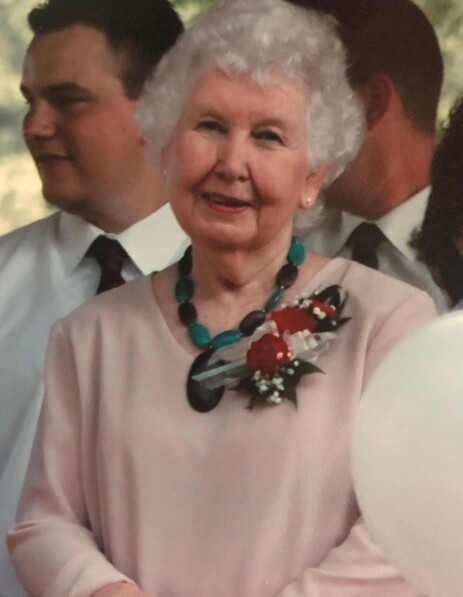 Mrs. Irma Nichols McClure, age 86, of Hayesville, North Carolina, slipped peacefully into the arms of her Savior on June 9, 2021. Irma was born in Young Harris, Georgia on April 18, 1935 to the late Ralph and Hazel (Coker) Nichols. She was a dedicated teacher for the Clay County School System for 27 years. After retirement, she continued her teaching career by lovingly caring for her grandchildren and great grandchildren. Mrs. McClure was a Young Harris College and Western Carolina University Alumni, where she earned her Masters Degree in Early Childhood Education.  She was also a member of Oak Forest United Methodist Church, the Clay County Endowment Association, The Retired Teachers of North Carolina, Historical Arts Council and the United Methodist Women’s group. She was actively involved in her church where she served on many committees and taught her women's Sunday school class. In her younger years, she was a dedicated team mom to her husband's summer league softball team that travelled around the United States. She enjoyed quilting, water aerobics, serving her community and spending time with her family. She was truly an inspiration to her children, grandchildren and great grandchildren. Irma was preceded in death by her husband, Carroll McClure; daughter, Mickie Morgan; brother, Dan Nichols; sister, Glenda Shook; and sister and brother-in-law, Doris and Perry Stegall. She is survived by daughters and sons-in-law, Julie and Barry Rogers of Hayesville, NC and Jenny and Kenny Rogers of Hayesville, NC; brother and sister-in-law, Terrell and Patricia Nichols of Romulus, MI; sister and brother-in-law, JoAnn and Jim Chamblee of Gainesville, GA; grandchildren, Kery and Dana Morgan of Hayesville, NC, Emily and Nic Gerdes of Hayesville, NC, Corey and Whitney Rogers of Asheville, NC, and Audrey and Adam King of Bryson City, NC ; great grandchildren, Brady Gerdes, Caroline Gerdes, and Madalynn Morgan; a number of surviving nieces and nephews. A visitation will be held on Sunday, June 13, 2021 at Oak Forest United Methodist Church in Hayesville, NC from 2:00 to 3:00 PM.

To send flowers to the family in memory of Irma McClure, please visit our flower store.
Send a Sympathy Card