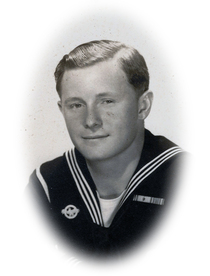 Horace Arvil Mauldin, age 91 of Hiawassee GA passed away Monday, March 16, 2015. Mr. Mauldin was a WW2 veteran and fought in Pearl Harbor. He ran Mauldin Welding Service for 45 years and was married to Mrs. Robbie J "Bob" Mauldin for 68 years.

To send flowers to the family in memory of Horace Arvil Mauldin, please visit our flower store.
Send a Sympathy Card