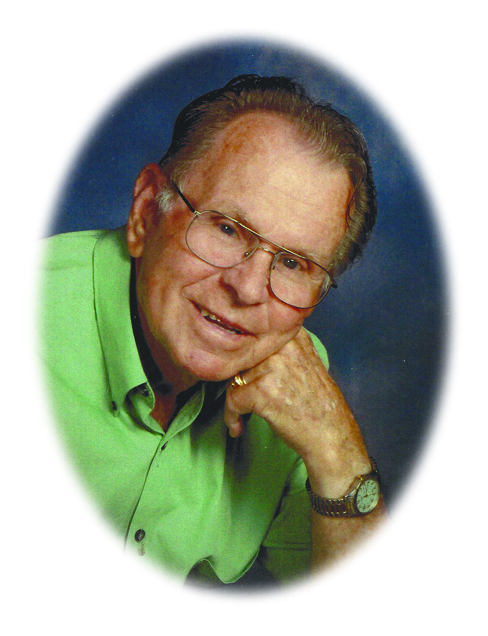 Mr. Harold Nicholson, age 91, of Hiawassee, Georgia passed away on Friday, January 11, 2019 at his home surrounded by his family. He was a WW II Army Veteran. Harold was born in Hiawassee on May 28, 1927 to the late Claude Lee and Mary Angeline (Russell) Nicholson.  Harold was a member at St. Francis of Assisi Catholic Church in Blairsville, Georgia.  He and his late wife were original members and helped grow the church. Harold asked God for two things: a good wife and a close-knit family. God answered those prayers in southern France during World War II with Miss Simone Brun who came to Hiawassee to become his bride. God blessed them with six children.  He always made certain his family was taken care of.  He was somewhat of a jack-of-all-trades; he could repair anything and loved working on his farm.  In order to provide for his family he had to leave Hiawassee, securing a job with General Motors Parts Division located in Doraville, Georgia.  Harold enjoyed hunting, fishing, and gardening. One of his favorite pastimes was scheming to pull a practical joke on some unsuspecting person. He was well known for having a few tricks up his sleeve. He enjoyed having his family together for any occasion or no occasion at all; he simply loved being surrounded by his family. He was an honorable man of high integrity, a devoted husband, a loving father,  doting grandfather, great grandfather, and great-great grandfather.

Harold was preceded in death by the love of his life, Mrs. Simone Brun Nicholson who passed away in 2012. They had been married for 64 years. He was also preceded in death by his oldest daughter, Jeanne Marie Nicholson, his beloved daughter-in-law, Beverly Amelia Nicholson, brothers Hascal Nicholson, Gerald Nicholson and Arvin Nicholson.  Harold is survived by his three daughters and two sons: Shirley and Mike Clinton, Pat and Ed Williams, Diana and Bob Crowder, Patrick Nicholson, Sylvain Kurt and Diane Nicholson; his sisters: Virginia Roach of Marion, North Carolina and Lillian Darnell of Old Fort, North Carolina; his brothers: Milas and Mattie Nicholson of Hiawassee, Georgia, and Lex and Naomi Nicholson of Cartersville, Ga; his dear friend, Teresa Colditz, 15 grandchildren, 40 great grandchildren, and 5 great-great grandchildren; a large number of nieces, nephews and a host of friends and family.

The family will receive friends at Banister Funeral Home on Monday, January 14, 2019 from 5:00PM until 8:00PM. Services will be held on Tuesday, January 15, 2019 at 11AM at St. Francis of Assisi Catholic Church with Father Brian Baker officiating. Interment will follow the service at Burch Cemetery. Banister Funeral Home of Hiawassee, Georgia is in charge of arrangements

To send flowers to the family in memory of Harold Nicholson, please visit our flower store.
Send a Sympathy Card