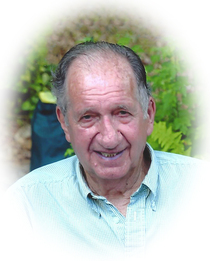 Mr. Guy Franklin Eller, age 79, of Hiawassee, Georgia, passed away on September 9, 2015. He was born on May 29, 1936 in Hiawassee, Georgia to the late Alfred and Dessie Eller. He is survived by his loving wife, Mrs. Cora Eller, of Hiawassee, Georgia and five children; Herman and Debbie Alston of Acworth, GA, Teresa McClure of Hiawassee, GA, Lisa and Randy Garrett of Hayesville, NC, Debbie and Kevin Crooks of Hiawassee, GA, and Jeff Eller and Michelle Speed of Clayton, GA. He is also survived by seven grandchildren, eight great grandchildren, two sisters, Totsy Anderson and her husband Joe, Mary Owenby, and one brother Odell Eller of Jacksonville, FL.
Guy Eller was a loving husband, father, grandfather and great grandfather. He was a skilled carpenter that not only practiced his skill but enjoyed sharing and teaching everyone else. He loved hunting and fishing with his children and grandchildren. He always had a warm smile on his face, never met a stranger, and had a great sense of humor. The family received friends from 6-8 PM at Mt. Pleasant Church of God on Friday, September 11, 2015. Services were held on Saturday, September 12, 2015 at 2:00 PM at Mt. Pleasant Church of God with Pastor Glen Eller and Guyâ€™s granddaughter Lydia Garrett officiating. Banister Funeral Home of Hiawassee in charge of arrangements.
To send flowers to the family in memory of Guy Franklin Eller, please visit our flower store.
Send a Sympathy Card