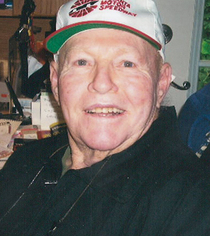 Mr. Gerald Shenkman, age 84, of Hiawassee, GA passed away on February 18, 2015 following a brief illness. Gerald was born on October 25, 1930 to the late Mac and Sarah (Greenburg) Shenkman in Miami, FL. He always had a smile on his face and will be fondly remembered. Gerald was an avid shooter and a member of a Gun Club with his friend Skip Peters. He graduated from the University of Florida in 1953 and owned and operated Shenkman Insurance for 45 years, retiring in 2012. After retiring, Gerald worked at Ingles and was loved by all he encountered. He had a great love for motorcycles and taught motorcycle riding in Florida. He loved to fly and became a pilot, owning several planes. He was a member of Union Hill Methodist Church and will rest in Burch Cemetery. He is survived by his wife, Sandi Royals; sons, Michael Shenkman and Curtis Shenkman; brothers, Bernie Shenkman and Phillip Shenkman; his grandchildren, Carl Michael, Nicolas, Devon, Hunter, and Weston Shenkman also survive. A memorial service will be held at a later date. Banister Funeral Home of Hiawassee, GA in charge of arrangements.
To send flowers to the family in memory of Gerald Shenkman, please visit our flower store.
Send a Sympathy Card