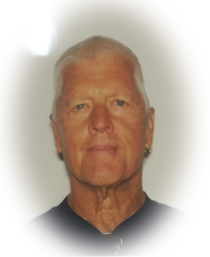 George Leonard Poole III, age 70 of Young Harris, GA, moved on from this world on Wednesday, October 20, 2015 after a long battle with melanoma that he fought with valor.

Always a jokester, Leonard was born fittingly on April Foolâ€™s Day, 1945 to George and Lee Poole who preceded him in death. Also preceding him in death, brother Chris Poole.

Leonard graduated from High School at Druid Hills in Atlanta, GA and promptly enlisted in the Marine Corps and served in Vietnam earning two purple hearts. He fought communism in Southeast Asia and was fearful but willing that we would have to fight it here in America. As an independent business owner, he was a strong believer in the free world and capitalism. Upon returning home from Vietnam, he put himself through college, earning his Bachelorâ€™s degree from Oglethorpe University in Atlanta at night while working for Chevrolet during the day. He did all of this while raising a family. He spent the next 20 + years working for the Caterpillar corporation. He moved careers to construction where he owned and operated East Bay Enterprises in South Florida, retiring in 2004. He was the kind of man who always made his own plans, his own decisions and wrote his own future. He had a custom paint job on all of his Harley Davidson motorcycles with â€œAgainst the Windâ€ on the tank. That was him; he always went against the wind. The oldest of five brothers, he was forever the toughest kid in the neighborhood. He wasnâ€™t born to follow, and he raised his children to honor the same principle. He loved to fish, shoot guns, go to the gym, talk on the phone and listen to music. He was always up for a party and was always the life of one. Mr. Poole never compromised his values and ethics in a society that seems to hunger for progressive liberal ideas.

Memorial Services for Mr. Poole will be conducted at 4:00pm, Sunday, November 1 at Woods Grove Baptist Church in Young Harris, GA. In lieu of flowers, please visit woundedwarriorproject.org to make a donation in Mr. Pooleâ€™s name. Banister Funeral Home of Hiawassee in charge of arrangements.

To send flowers to the family in memory of George Leonard Poole III, please visit our flower store.
Send a Sympathy Card