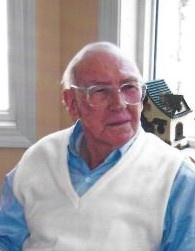 George Boswell Dolvin, age 92, passed away on February 27, 2020. He was born February 26, 1928 in Waycross, Georgia to the late Ralph and Virginia (Copelan) Dolvin. George grew up in Siloam, Georgia and graduated Green County High School then went on to graduate form the  University of Georgia. He was drafted into the Army and was deployed to Korea where he endured a frigid winter living in a tent. He owned an egg business and also was employed by a water treatment plant. George enjoyed spending time a the Greensboro Country Club playing golfing also had a love for music and watching videos. He was a member of Siloam United Methodist Church and also attended Siloam Baptist Church. Mr. Dolvin was also the mayor of Siloam for a few years. He was preceded in death by his parents, Ralph and Virginia Dolvin; brothers, Ralph Walton Dolvin, Jerry Dolvin, Sammy Dolvin and John Lane Dolvin. He is survived by his sister-in-law, Mary Cates Dolvin and a host of nieces, nephews and cousins. George lived with Mary and John for several years in Hayesville, North Carolina. After surgery for a broken hip, he was moved to Clay County Care Center in Hayesville. He fell and broke his other hip and also had a history of heart problems. George always loved Siloam and missed all of his friends and cousins there. He was well cared for by the wonderful nurses and assistants at Clay County Care Center. George will be missed by all who had the pleasure of knowing him.
A memorial service will be held on March 8, 2020 at 3:00 PM at Siloam United Methodist Church. Banister-Cooper Funeral Home is honored to care for Mr. Dolvin.

To send flowers to the family in memory of George Boswell Dolvin, please visit our flower store.