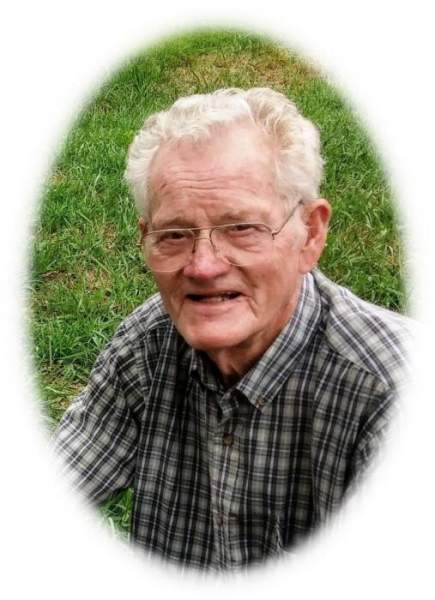 Mr. George W. Allen entered eternal rest while surrounded by his family in his home following a sudden illness.

“Red” was born on November 30, 1933, in Gainesville, GA.  He attended Hopewell Baptist church, serving as deacon, Sunday school teacher, and choir member for decades.  He served in the United States Army from 1956-1958, stationed in Germany.  After a brief supper and many letters being sent across the Atlantic

Ocean he married the love of his life, Christine Shook Allen (Hiawassee) on February 20, 1958.  They raised their family in Gainesville, and he worked at Milliken & Company until retirement.  They moved to Towns County in 1996 and attended Union Hill United Methodist Church, where he and Christine were faithful choir members.  He enjoyed working on the land with his tractor, attending the Pickin’ and Grinnin’ with his childhood friend, Charles Land, singing with the Cheerful Sounds Choir, and handing out peppermints to his grandkids and the many animals that trailed along with them on Hog Creek.

Red loved his Lord and Savior, Jesus Christ.  He was faithfully devoted to his wife, Christine, and was a most beloved Dad and Papa.  He was patient, kind, slow to speak, and slow to anger.  A humble and steadfast servant, he touched all who knew him with the quiet, powerful love of Jesus.

He is preceded in death by his parents, George W. Allen, Sr., and Elsie M. Allen, brothers Leroy and Roger Allen, and sisters Ann Williams and Virginia Cornelison.  He is survived by his wife, Christine S. Allen, son Scott Allen, Sr., and daughter Jackie Wyatt, both of Gainesville, and daughter M. Anita Guss of Hiawassee.  He has seven amazing grandchildren, five great grandchildren, a number of nieces and nephews, and many friends.

To send flowers to the family in memory of George Wesley Allen Jr., please visit our flower store.