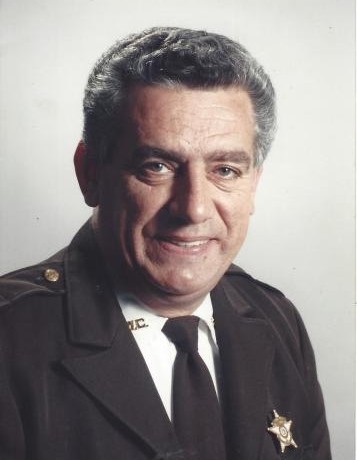 Gene Boyd Penland, age 75, of Hiawassee, GA passed away at home with his family by his side February 3, 2020. Gene was born September 25, 1944 to the late JD and Hazel (Hunter) Penland. Gene was a member of Philadelphia Baptist Church, a former Mason, and a member of the Georgia Sheriffs' Association. Gene was a 1961 graduate of Towns County High School and a 1975 graduate from the Georgia Police Academy. He began his law enforcement career at the Towns County Sheriff's Department where he was promoted to chief deputy. He then moved to Helen Police Department where he served for six years with four of those years as the Chief of Police. Gene finished his law enforcement career in White County as a deputy sheriff for seven years. Gene was a true peace officer, and he was always looking to help and protect others. When Gene left law enforcement, he went to work with Jacky Jones and remained there until retiring in 2009. For the past six years, Gene had a sheep farm that he thoroughly enjoyed taking care of. He never met a stranger, was well respected, and had a way with words. He cared about what he said; he knew the words he spoke carried weight and he spoke them carefully. He was well known to pause to think before speaking,  and his children jokingly said that pause felt much longer if it was on the end of them getting in trouble. Gene was personable, fun, and he lit up a room. Knowing people by their name was important to him, and he never forgot a name or face. He always wanted the best for others and was willing to help and give to people. He was a loving husband to Mrs. Joyce for 38 years, the best dad and papaw to his children and grandchildren, a dependable brother, and a friend to so many. He touched lives he probably does not even know about, and he certainly would never expect the credit. Even as his final days on earth drew closer, he joked, laughed, and was supportive of others. To put it simple and true, Gene was a good man! He is preceded in death by his parents; infant son, Gene Bryant Penland; brother, Dennis "Cotton" Penland; and nephew, Randall "Shorty" Penland. He is survived by his loving wife of 38 years Joyce (Dicks) Penland; daughters, Tammy (Terry) Pickelsimer, Cheryl (Zack) Cupp, Michelle (Mark) Boggs, Paige (Mike) Marshall; sons, Brent (Beverly) Penland, and Brian (Rebecca) Penland; three brothers, David (Anna Dean) Penland, Dale (Mirle) Penland, and Dwight (Sissie) Penland; grandchildren, Tyler Penland, Jenna Penland, Katie Penland, Jordan Pickelsimer, Savannah Pickelsimer, Andrew Cashin, Aeriell Cashin, Cody Crumley, Macy Boggs, Grayson Penland, and Graely Penland; Sister-n-law Wylene Penland, and a number of nieces, nephews, and extended family and friends. The family will receive friends on Thursday, February 6, 2020 from 4-8 p.m. in the chapel of Banister-Cooper Funeral Home. Services will be held on Friday, February 7, 2020 at 1:00 p.m. at the chapel of Banister-Cooper Funeral Home with Revs. Rudy Tribble and Crawford Greeson officiating. Interment will follow at Philadelphia Baptist Church cemetery with the following gentlemen serving as pallbearers: James Melton, Jacky Jones, Jarrod Penland, Alan Boggs, Jeff Penland, and George Wilson. Honorary Pallbearers will include Grayson Penland, Carlos Garrett, Jordan Pickelsimer, Tyler Penland, and Cody Crumley.
Banister-Cooper Funeral Home of Hiawassee, Georgia is in charge of arrangements.

To send flowers to the family in memory of Gene Boyd Penland, please visit our flower store.
Send a Sympathy Card