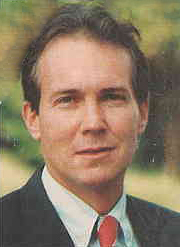 
Mr. Gary Allan Lee, age 71 of Hiawassee, GA, (formerly of Edgewater, FL) passed away on July 03, 2014 at his home.  He was a member of Hiawassee United Methodist Church where he sang in the choir, and proudly served of the finance committee. Prior to retirement in 2007, Gary and Pat lived in Edgewater, FL, where Gary sold Real Estate as a G.R.I. Broker-Salesman. He was an Edward Jones Investment Representative from 1997-2007. Gary served as a member of the United States Coast Guard Auxillary. He enjoyed boating on Lake Chatuge, driving the beautiful mountain roads and highways, growing vegetables and grapes, visiting friends and family.  He was born to the late George and Eleanor (Mellum) Lee on August 25, 1942 in Moorhead, MN. He is survived by his wife, Patricia C. Lee, two daughters, Jane Stephens (Mark), of Cumming, GA; Angie Lee, of Rockmart, GA; four grandchildren, Zachary Cox, Hannah Cox, Katherine, Kondyles and Karissa Kondyles; one sister, Marilyn Hanson (Hubert), of The Villages, FL; cousin, Stuart Pederson, Dorene, of Chattanooga, TN. After a brave battle with cancer, he went to his Heavenly Home to join all believers. He will be missed. A Memorial service will be held on Saturday, July 12, 2014 from Hiawassee United Methodist Church with Pastor Sam Hamby and Pastor Jim Blair officiating. In lieu of flowers, the family wishes donations and contributions be made to: Regency Hospice, P.O. Box 494, Hiawassee, GA 30546. Banister Funeral Home of Hiawassee in charge of arrangements.
To send flowers to the family in memory of Gary Allan Lee, please visit our flower store.