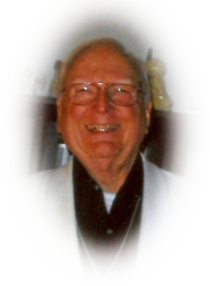 Mr. Gary Lee Connolly, age 77 passed away on March 12, 2014 following a period of declining health. He was born to the late Eldon W. and Rosamond (Hoag) Connolly in Montpelier, OH on April 28, 1936. He is preceded in death by his former wife, Joan Elton Connolly, son Michael Connolly, and sister Sharon Lynn Connolly. He served eight years in Navy Reserve, attended Hiawassee United Methodist Church, was a Postmaster, was a member Sutherland Lodge #174 in Palm Harbor, FL, was a York Rite member and a Past officer for the Civic Club.  He is survived by his wife, Lois Connolly, of Hiawassee, GA; daughter and son-in-law, Kelly and Jay McCloud, of DeLand, FL; Step daughter and son-in-law, Carol and Ron Rushing, of Canton, GA; son, Mark Connolly, of Orlando, FL; step son and daughter-in-law, Tim and Linda Stanfill, of Woodstock, GA; six grandchildren also survive. Funeral services will be held on March 22, 2014 at 1:30 PM from Hiawassee United Methodist Church with Rev. Jim Blair and Rev. Sam Hamby officiating. The family will receive friends from Hiawassee United Methodist Church from 12:30-1:30 PM. Funeral services were held at 1:30 PM. Interment was in Riverside Cemetery in Montpelier, OH. In lieu of flowers, donations may be made to United Methodist Church of Hiawassee; 1139 US 76, Hiawassee GA 30546. Banister Funeral Home of Hiawassee in charge of arrangements.

To send flowers to the family in memory of Gary Lee Connolly, please visit our flower store.