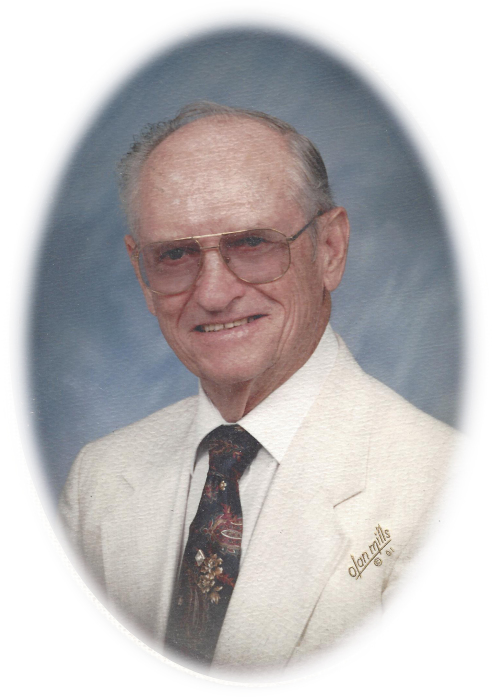 Mr. Frontz Christian Goring, Jr., age 98, of Hiawassee, Georgia passed away on  July 29, 2019 at Brasstown Manor. Frontz was born in McComb County, Michigan on July 20, 1921 to the late Frontz Emil and Eleanor Mary (Boehmer) Goring. Frontz was a member of Union Hill United Methodist Church and the local VFW. He served in the Army and Air Force. While in the Army, he taught radar technology. Frontz enjoyed staying active with sports, two of his favorites were golfing and baseball. He played in a VFW Golf group and also played baseball in the position of a pitcher and was known for his fastball. He also spent his time as a 4-H leader for the horse club. He was an artist, using many mediums to display his talent. Frontz was a wood carver, bowl turner and leaded glass creator. While his wife was in Chatuge Nursing Home, Frontz made sure to still take care of her and feed her three meals a day until she passed away in 2006. After moving to Brasstown Manor, Frontz found that he enjoyed playing cards with the ladies. He is preceded in death by his wife, Mason Lucas Goring and brother, William Edward Goring. He is survived by his daughter and son-in-law, Sandra and Ed Kerner; sister, Eleanor Knowlton; grandchildren, whom he loved dearly, Tammy and Mike Dockham Jr., and Renee and Robert Hinesley; great grandchildren, Ashley Dockham, Aaron and Ashley Hinesley, Ryan Dockham, Chelsea Hinesley and Alicia Hinesley. A memorial service will be held on Saturday, August 10, 2019 at 10:00 AM at Union Hill United Methodist Church. Interment will follow in the Burch Cemetery. Banister Funeral Home of Hiawassee, Georgia is in charge of the arrangements.

To send flowers to the family in memory of Frontz Christian Goring Jr., please visit our flower store.
Send a Sympathy Card