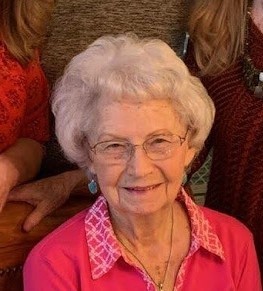 Frances Johnston-Hirschy, 89, passed away in Hiawassee, Georgia, on August 1, 2022. Frances was born in Boaz, Alabama, on October 11, 1932, to the late General Watts and Erma Putnam Watts. Frances was the fourth of five children who are all deceased. Frances graduated from Birmingham Baptist School of Nursing in 1953 and later earned her Masters Degree in Education. She practiced nursing in several fields but spent most of her career developing curriculum and teaching Operating Room Technicians at Dekalb Community College for 29 years. A notable career highlight was presenting the film "For the Patient's Sake" to the World Congress of Nurses. The film focused on teaching the medical team how to demonstrate care and concern to patients undergoing impending surgery. After she retired, Frances continued her career in public speaking, which allowed her to enjoy traveling worldwide, one of her favorite hobbies.

Frances married Harry L. Johnston in 1953. Harry passed away in 2009, after 56 years of marriage. They were blessed with three children- Joy, Mark, and Janet. Frances will always be known for her many works and good deeds. She enjoyed hospitality, encouraging many through gifts, home-grown flower bouquets, and cards throughout her life. To all who knew her, Frances demonstrated a passion for Christ and being a light for others. She believed in the power of education and encouraged young people to believe in themselves and pursue their dreams.

In 2015, Frances married Howard Hirschy and enjoyed seven years of marriage. They loved to travel, garden, spend time with wonderful friends in bible study groups, and especially with their family.

To send flowers to the family in memory of Frances Johnston-Hirschy, please visit our flower store.