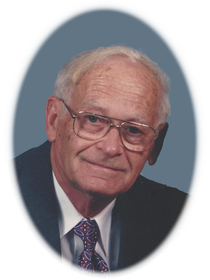 France Charles Hogsed, age 87, of Hiawassee, Georgia passed away on November 4, 2015 following an extended illness.  He was the youngest son of the late Alex and Elizabeth â€œLizzieâ€ (McClure) Hogsed of Shooting Creek, North Carolina, and brother to deceased siblings, Blanche Hogsed Palmer, Addie Hogsed Ledford, and Guy Hogsed.  He is survived by his wife, Camilla Sims Hogsed, one brother, Lake Hogsed of Hiawassee, and three daughtersâ€” Jackie Brewer (Donnie), Dr. Janet Oliva, and Rayette Ross (Sheldon).  He is also survived by five grandchildren and one great grandchild.  He was a beloved uncle to three nephews and seven nieces.

France served 3 years in the United States Army, later returning to Towns County to make Hiawassee his home.  He was elected and served as Mayor of Hiawassee for 12 years.  France loved serving his community.  As Mayor, he installed the first street lights in the city, was the first to pave dirt roads, and traveled to Washington, DC to secure grant funding for a new county courthouse.  He later owned and operated many businesses in Hiawassee, founding the original Georgia Mountain Restaurant.  France also managed the Chatuge Woods Campground in Young Harris, Georgia for nearly 30 years where he enjoyed the fellowship and comradery of the campers.  He was a loving and dedicated husband and father whose greatest pride of accomplishment was his family.

To send flowers to the family in memory of France Charles Hogsed, please visit our flower store.
Send a Sympathy Card