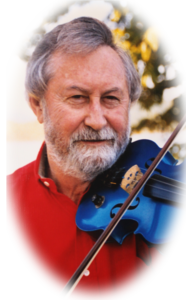 
Howard W. Cunningham, age 84 of Hiawassee Georgia passed away on November 22, 2013 at Chatuge Regional Nursing Home.
Howard was born November 27th, 1928 in Clay County North Carolina. He was the youngest of 8 siblings born to Claude C. Cunningham and Ollie Ford Cunningham.  At a young age Howardâ€™s family moved to the Woods Grove Community of Towns County Georgia.
During the course of his life he served as a city councilman for the city of Hiawassee.  Howard owned Cunningham Paint Store in Hiawassee and was a painter. He worked for Interstate Life Insurance as an agent and staff manager for 22 years.  He was the owner of Cunningham Tools, a Mac tool distributor.
In October of 1957, Howard married Alice Hicks. They built a family of one son and three daughters. Howardâ€™s family will remember him as a loving husband and father. The Cunningham children and grandchildren will have many fond memories of their time spent with their Dad and Granddad.
He is best known to the public by far as a musician. During his youth, Howard developed a love of music while playing guitar and singing with his family. At age 6, his brother-in-law, Ross Brown gave him a fiddle. By age 15, he was playing locally, regionally and was well known as a talented fiddle player.  Over the course of his life, Howardâ€™s gift for music brought a great deal of enjoyment to himself and others.  In 1955, it was his idea to have a group of musicians begin playing under a tree at The Georgia Mountain Fair. Howard remained a member of The Georgia Mountain Fair Staff Band until his retirement in 2004, almost 50 years later.
He was preceded in death by his parents, Claude & Ollie Ford Cunningham.  Brothers, Cecil, Haven and Harold Cunningham and sisters Lois Cunningham, Madge Cunningham Brock, Gertrude Cunningham Brown and Ruby Cunningham Ledbetter.
Survivors include his wife of 56 years, Alice Cunningham.  Four Children, son William Cunningham & Wife Audra of Cumming, GA,  Vicki C. Walker & husband Kenny Walker of Hiawassee, GA, Amanda â€œDandyâ€ Girle  & husband Dean of Canton, Georgia, Martha Cunningham of Hiawassee, GA.  Eight grandchildren, Kim and Andrew Cunningham, Brittany Girle, Chantell  Girle Rice (Jordan), Stephanie and Landon Girle, Lindsey Walker and Emily Walker Stevens (Troy), one great grandson Samuel Haven Cunningham â€œSammyâ€.  Several nieces and nephews also survive. Pallbearers will be his nephews David Brock, John Brock, Charles Cunningham, Mark Ledbetter, Thomas Kimsey and his grandson Andrew Cunningham.  Honorary Pallbearers are numerous musicians with whom he has made music over the course of his life.  Also serving is his lifelong friend and barber James Melton. Banister Funeral Home of Hiawassee in charge of arrangements.

Services were held at McConnell Memorial Baptist Church in Hiawassee at 2:00 PM with Reverend Jimmy Rogers officiating.  Music was provided by Georgia Mountain Fair Staff Band and Alex Tomlinson. Pallbearers were his nephews David Brock, John Brock, Charles Cunningham, Mark Ledbetter, Thomas Kimsey and his grandson Andrew Cunningham.  Honorary Pallbearers were numerous musicians with whom he has made music over the course of his life.  Also serving is his lifelong friend and barber James Melton. Interment was in Osborn Cemetery. The Unicoi Masonic Lodge of Hiawassee  presided over graveside services. Banister Funeral Home of Hiawassee in charge of arrangements.

To send flowers to the family in memory of "Fiddlin" Howard William Cunningham, please visit our flower store.
Send a Sympathy Card