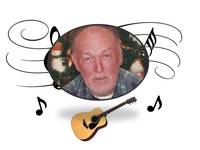 Ferrell Vance â€œZipâ€ Silvey, 75, was born November 12, 1937 to Zebulon and Kitty Ledford Silvey. He passed away on September 29, 2013 following a period of declining health in Chatuge Regional Nursing Home.  Zip was a lifelong resident of Towns County who inspired many people with his love of bluegrass music. A born entertainer, Zip was an avid musician who delighted many people over the years at the Georgia Mountain Fair and was onstage during the first performance at the Anderson Music Hall.  His legacy and love for music will always be remembered by those who heard him play. In 2012, Zip was inducted into the Georgia Country Music Hall of Fame an honor bestowed on him by his fellow Georgia musicians.  When he wasnâ€™t playing music, he made his living as a carpenter.
Zip was preceded in death by his parents, his wife Alwayne Robinson Silvey, two brothers, Jesse Logan Silvey and A.J. Silvey, and one sister Mary Nell Silvey.
He is survived by his sister-in-law Elaine Silvey, one niece and nephew-in-law Julie and Joe Thompson, two nephews and niece-in laws, Melvin and Trena Silvey and William and Amy Silvey. Five great nieces and two great nephews also survive.
Family and friends were received at Banister Funeral Home in Hiawassee on October 1, 2013 from 6-9 PM with services held October 2, 2013 at 11:00AM with Pastors Ricky Rogers and Tommy Jenkins officiating. Music was provided by Zipâ€™s good friends and fellow bluegrass musicians, Sam Ensley, Barry Palmer, David and Delin Brown. Pallbearers were David Brown, Delin Brown, Stacy Collins, Clint Hobbs, Barry Palmer, and Terry Plott.  Interment is in Zebulon Baptist Church cemetery.  Banister Funeral Home of Hiawassee in charge of arrangements.

To send flowers to the family in memory of Ferrell "Zip" Vance Silvey, please visit our flower store.
Send a Sympathy Card