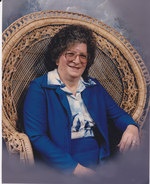 Mrs. Kirby was born in Young Harris to the late Lee Kirby and Bula Canupp Kirby. She was predeceased by her son, Jerry Kirby.

To send flowers to the family in memory of Faye NULL Kirby, please visit our flower store.