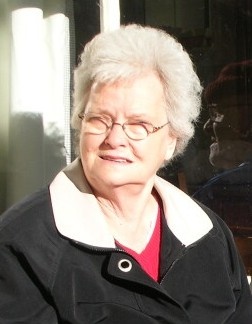 Eva Irene Gibson, age 84, of Winston, Georgia passed away Sunday, June 21, 2020. Mrs. Irene was born to the late Mr. and Mrs. Frank and Bertha (Collins) Lyons on September 17, 1935 in Hiawassee, Georgia. She attended Douglasville Baptist Temple Church. She loved being with her family; whether it was traveling or cooking a huge Thanksgiving dinner, she wanted to be with her family for those special moments. She had a deep love for her family with her number one goal being that all of her children, grandchildren and extended family live for God and be saved.
Irene is preceded in death by her husband, Donald L Gibson; her parents, Frank and Bertha Lyons; four brothers and three sisters. She leaves behind her children and their spouses, Sandra and Daniel Fouts, Philip and Angela Gibson, Karen and Craig Wolfe, Melissa and John Lowder; grandchildren Angela Botas, Jennifer Johnson, Ashley Davis, Brittany Jordan, Jonathon "Ricky" Lowder, Laura "Beth" Jordan; great grandchildren Brandon Yearwood and Hannah Davis.
Visitation: Thursday, June 25, 2020 11:30AM-1:30PM in the chapel of Banister-Cooper Funeral Home.
Funeral: Thursday, June 25, 2020 at 1:30 at Banister-Cooper Funeral Home with Rev. Mike Bagwell officiating
Music: Michael Coward and Gale Golder
Interment to follow in the Philadelphia Baptist Church Cemetery
Pallbearers: John Lowder, Ricky Lowder, Daniel Fouts, Philip Gibson, Craig Wolfe and Nathan Lux.
Bainster-Cooper Funeral Home is in charge of the arrangements for Mrs. Irene Gibson

To send flowers to the family in memory of Eva Irene Gibson, please visit our flower store.