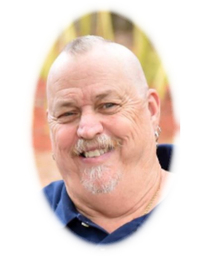 Mr. Eugene â€Grumpy Gene" Ayers, Age 60 of Hiawassee, Georgia passed away Thursday, January 01, 2015 following a brief illness. Gene was born in Coraopolis, Pennsylvania on April 25, 1954. He is survived by his loving wife and high school sweetheart of 38 years, Pamela (Gibson) Ayers, his beloved son and cherished daughter-in-law, Gene II and Reesa Ayers of Hiawassee, two grandchildren Kelsey and Gene III who he was most devoted to and proud of; sister and brother-in-law Lynn and Jimmy Purgavie of Boca Raton, FL;  two nieces, Maria and Gina, of Boca Raton, FL; special family members, Doris Ayers, Janet Duggins, Erica and Chris Douglas, Kayla, Dakota and Evan Patterson and a host of loving friends and family. Gene was a loyal  Boy Scout supporter where he spent many hours working with his son to become an Eagle Scout. He was also an avid member of the Harley Owners Group "HOGS"; and was an active member who donated time, effort and financial support to making St. Paul Lutheran School in Boca Raton Florida a better place for not only his son but all children who attend.  "Grumpy Gene" as he was lovingly known by his family and friends left a legacy and many fond memories to all who knew him and he will be greatly missed. No services are planned at this time. Banister Funeral Home of Hiawassee, Georgia in charge of arrangements.
To send flowers to the family in memory of Eugene G Ayers, please visit our flower store.
Send a Sympathy Card