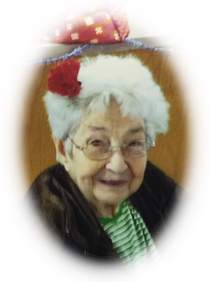 Ethelyn Richards Lively Martin was born April 02, 1924 in Cobb county Georgia. Her parents were Earl Richards Lively and Eleanor Brown Lively. She passed away at Chatuge Regional Nursing Home on February 29, 2016. She was preceded in death by her parents, her husband Vernon Martin Sr., and her sister Amy Lively. Ethel graduated from Richardson High School in 1941 and the University of Georgia. Her Masterâ€™s Degree in microbiology was granted at the University of Wisconsin. She was so well-thought of in her field that when her boss was transferred to Houston, Texas, he asked her to transfer also. In Houston, she me Vernon Martin Sr. at South Main Baptist Church, and they later married. They moved to Hiawassee and became members of McConnell Memorial Baptist Church, At McConnell, Ethelyn faithfully served the Womenâ€™s Missionary Union (WMU) as the Mission Friends leader for over 25 years. A brick in the walk of honor at WMUâ€™s Pinnacle Resort and Camp honors her years of service. She also served as secretary in the Fannie Green WMU group and as secretary for the Journeyers Sunday School class. Services were held at Banister Funeral Home on March 13, 2016 at 2:00 PM with Rev. Danny Byers officiating. Honorary pallbearers were James Moultrie, Neal Cody, Paul Hixson, and the members of the Joy Sunday School class. Memorials may be made to â€œTogether We Canâ€ fund at McConnell Memorial Baptist Church 84 Church Street Hiawassee, GA 30546. Banister Funeral Home of Hiawassee, GA in charge of arrangements.
To send flowers to the family in memory of Ethelyn Lively Martin, please visit our flower store.