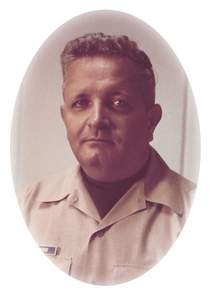 Mr. Donald J. Martensen, age 84 of Hiawassee, GA passed away Wednesday, March 11, 2015. Mr. Martensen was a Retired Staff Sergeant Veteran who served in the U.S. Marine Corps from January 23, 1951 to January 22, 1954 in Korea and the U.S. Air Force from March 29, 1956 to October 31, 1976 as an Air Traffic Controller. He purchased his property in Hiawassee in December of 1971 and was also the owner of an Avocado / Lime Grove in Homestead, Florida.
He was born July 18, 1930 to Theodore J. and Mabel A. (Reinhart) Martensen in Chicago, IL where he grew up. On May 18, 1956 he married Lyra Exum of Tampa, Florida. After retiring from the Air Force, he permanently moved to Hiawassee in July of 1978. Mr. Martensen was a member of McConnell Memorial Baptist Church in Hiawassee.
Donald is survived by his wife, Lyra, of the home; one brother, David W. Martensen (83 years) of Chicago, IL; nephews, David Martensen, Jr., Anthony and Daniel; nieces, Robin and Dawn; great niece, Kayla Marie and sister-in-law, Rosalyn Exum Hall of Bradenton, FL. Funeral Service and burial was held on Monday, March 16, 2015 at 2:30 PM from the Veterans Florida National Cemetery in Bushnell, FL. Banister Funeral Home of Hiawassee is in charge of arrangements.

To send flowers to the family in memory of Donald J Martensen, please visit our flower store.