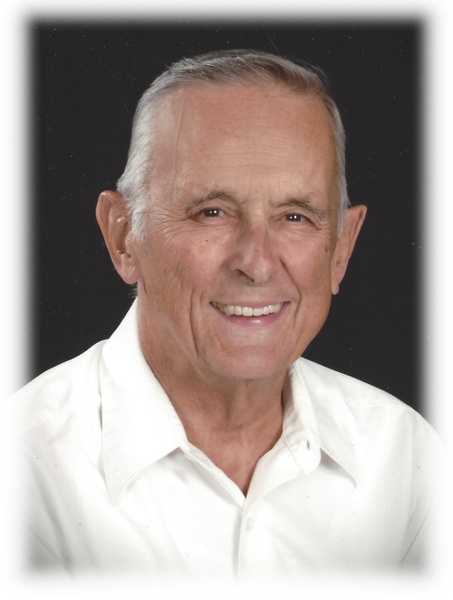 Mr. David Lee Grimes, age 88, passed away on Saturday, October 17, 2020. He  was born on January 26, 1932 in Moundsville, West Virginia to the late Mr. Joseph Grimes and Ms. Fannie Harkins Grimes. Dave was a member of Union Hill Methodist Church where he proudly sang in the choir. When you think of a man of faith, a true family man, and one who stood up for his country, Dave was that man. He and his bride Emmie married in 1962 and together they raised a family, traveled the world and made many memories with their children and grandchildren. His daughter and son recall him never missing a sport or activity they participated in. Dave loved to be outside, mostly walking his dogs or spending time on the lake either boating or kayaking. He also enjoyed gardening, beautiful flowers, and bird watching. He especially enjoyed sitting outside with his wife, Emmie enjoying the day with family and friends on the balcony overlooking the beautiful lake and mountains. His family fondly describes him as someone who would talk to anyone.  He had a personality that made friends easily, and someone who wanted to give back and to never be a burden to anyone. Dave was simple, selfless and to his wife "the most wonderful man she ever knew." Dave is preceded in death by his above mentioned parents. He is survived by his wife, Emmie; daughter and son-in-law, Wendi Kay and Pete Colella; son and daughter-in-law, Keith David and Jody Grimes; grandchildren, Shaye and Colton Weglarz, Kyle, Colin and Brayden Grimes, Emily and Evan Underwood; along with a number of loving nieces, nephews, and extended family and friends.
Graveside Services: Wednesday, October 21, 2020 at 11AM in Burch Cemetery with Rev. Sharon Layley officiating.
Banister-Cooper Funeral Home is in charge of the arrangements for Mr. David Lee Grimes.

To send flowers to the family in memory of David Lee Grimes, please visit our flower store.
Send a Sympathy Card