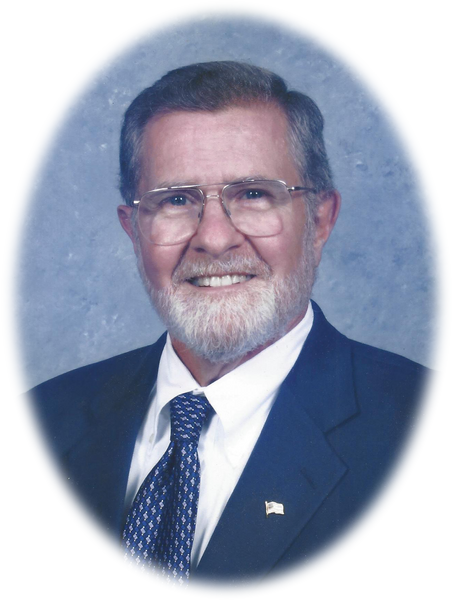 On June 23,2022, Cyrus Leighton Gray rose up from the confines of a hospital bed, laid down his constant pain, and walked confidently into his Savior's embrace. He was born in Pinehurst, NC, on March 1, 1940, to Dr. Cyrus L. Gray, Jr., and Reaville Austin Gray. The family moved to High Point NC, where he played on the high school football team and developed a life-long passion for fishing and Eastern North Carolina barbecue.

He graduated from Duke University, where he met his wife, Malinda Edwards. They were married in 1963. In 1966, having graduated from the University of North Carolina Medical School in Chapel Hill, he moved his family to Danville, PA, for a year of internship at Geisinger Medical Center. From 1967 to 1969, he served in the United States Air Force at Patrick AFB in Cocoa Beach, FL. He returned to Geisinger in 1969 for three years of residency in Obstetrics and Gynecology. Cy, Malinda and their three children then moved to Tampa, FL, where he practiced medicine for 23 years. He was the kind of caring physician to whom many of his colleagues sent their mothers and daughters. His surgical skills were well-honed, his hands deft and gentle. Attending nurses often remarked on the rapid, easy healing of his patients post-operatively. When he left Tampa to practice Gynecology in the North Georgia Mountains in 1996, many of his patients wept.

We lost a good man. Cy was a sensitive, supportive husband, a generous and wise father, and a compassionate physician. He personified the words found in Proverbs 16:7: "When a man's ways please the Lord, He makes even his enemies to be at peace with him." He shunned the spotlight and avoided controversy, guiding his family in the ways of reconciliation when possible.

Cy will be missed by his family for his quiet, gentle affection, his off-the-wall "dad jokes", his dependable affirmation, and his persevering valor in the midst of difficult circumstances. But at the same time, we rejoice for him, realizing that he is now and will be forever in the presence of Jesus, his Savior, “up-close-and-personal".

On Tuesday, June 28th 2022 in honor of Cy's gentle peaceful personality the family has arranged Chris Adams to begin playing prelude music at 2:30 in the sanctuary of McConnell Memorial Baptist Church for all to enjoy. A memorial service will begin at 3:00 with Rev. Steven Taylor and Rev. Danny Byers.  Immediately following there will be light refreshments in the Family Life Center and family will receive friends at that time; all are invited and encouraged to attend to share memorials of Cy with Malinda and their children.

In Lieu of flowers donations can be made to Almost There Inc. P.O. Box 343 Young Harris, GA 30582 or McConnell Memorial Baptist Church.