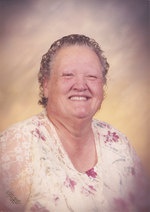 She was born in Newport, Tennessee to the late Ballard Russell and Stacy Edith Parker Russell. She was predeceased by her husband, Truett Eller; and brother, Bill Russell.

To send flowers to the family in memory of Cora Sue NULL Eller, please visit our flower store.