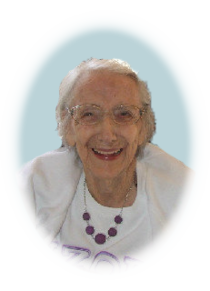 Cora Lee Shirley Berrong, age 101 of Hiawassee and Dahlonega Georgia, passed away Thursday morning January 29, 2015 at the North East Georgia Medical Center. Cora was born on September 5, 1913 in Rabun County to Ella Mae Eller Shirley and Patrick Shirley. She was raised in the Upper Hightower area of Towns County and attended Pleasant Hill Elementary School, Towns County High School and graduated from Habersham College. She was a member of the Pleasant Hill Church. She was preceded in death by her husband John Lee Berrong in 1977, a son William Douglas Berrong in 1976, two sisters Dollie Guyton and Viola Evans and a brother Shay Shirley. She is survived by three daughters, Patsy Brown of Hiawassee, Bobbie London of Cleveland and Jane Smoot of Hoschton, one son Jimmy Lee Berrong of Dahlonega, one sister Mae McKinney of Hiawassee, seven grandchildren, seven great grandchildren and a special friend and caregiver, Donna Butler. After an illness in 2008, she lived with her son, Jimmy, daughter-in-law, Unata and grandson, Jimmy Jr. where she remained until her death. After her husbandâ€™s death, she continued operating her motel and became an active participant and volunteer for the Towns County Senior Center. The family received friends from 6:00 to 9:00 PM on Friday, January 30, 2015. Funeral Services were held from the Banister Funeral Home Chapel on Saturday, January 31, 2015 at 4:00 PM with Rev, Glenn Eller and Rev. Harold Ledford officiating. Interment followed at Macedonia Baptist Church Cemetery. Banister Funeral Home in charge of arrangements. In lieu of flowers,  donations can be made to Macedonia Baptist Church Cemetery.
To send flowers to the family in memory of Cora Lee Berrong, please visit our flower store.
Send a Sympathy Card