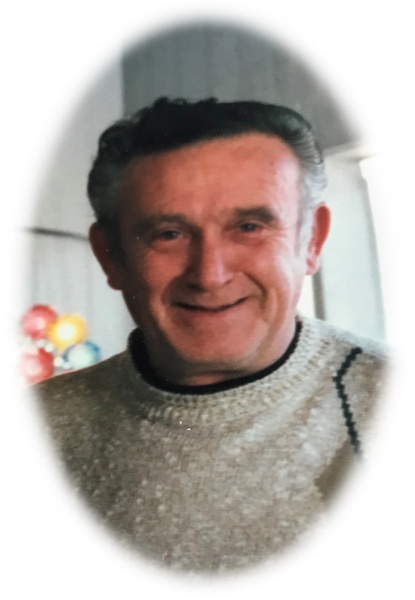 Charles Elmer Barrett, age 81,  passed away Monday, April 13, 2020 at Chatuge Regional Nursing Home after an extended illness. Charles was born to the late Mr. and Mrs. Wilburn and Katherine (Ledford) Barrett on December 13, 1938 in Toccoa, Georgia. Charles was a member of Old Union Baptist Church and God's Messengers. For most of his life he built furniture.  In his earlier years he worked for Toccoa Casket Company.  Charles was a hard worker, a great dad and a loyal husband. He enjoyed racing, golfing, fishing and hunting but none of that stood close to his love for the Georgia Bulldogs, Atlanta Falcons and the Atlanta Braves. He was a friendly man who everyone loved and became known as the greeter at Chatuge Nursing Home because he liked to be up front close to the door to engage and be social with everyone. The staff and residents of the nursing home lost a true friend on Monday.

Charles is preceded  in death by his above mentioned parents and son, Terry Barrett. He is survived by his wife, Debbie (Wimpy) Barrett; sons and daughters-in-law, Chris and Tera Barrett, Kevin and Pam Barrett; Kendall and Gabby Barrett; daughter and son-in-law, Dawn and Randy Nichols; brothers and sisters-in-law, Oscar and Martha Barrett, Bill and Peggy Barrett and Lamar and Lynn Barrett; grandchildren, Halston and Cody Parks, Colt Barrett, Ty and Madi Barrett, Charlston, Hadli and Clark Barrett and Griffin Nichols, and great grandchild Harper Parks.

A private service will be held for immediate family.

To send flowers to the family in memory of Charles Elmer Barrett, please visit our flower store.
Send a Sympathy Card