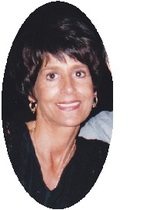 
Mrs. Cathy Dâ€™Amato Schuppert, age 61 of Hiawassee, GA (former resident of Ventnor, NJ and Maui, Hawaii) passed away on February 13, 2013 at her home in Georgia. Mrs. Schuppert was born in Atlantic City on January 31, 1952, the daughter of the late Paul â€œSkinnyâ€ and Betty Jane (Creamer) Dâ€™Amato. Growing up her playroom was the stage of her fatherâ€™s famous 500 Club where  she met and was adored by the many famous celebrities who appeared there. She attended Ventnor public schools, graduated from Atlantic City High School in 1970 and attended Atlantic Cape Community College. Professionally she was a concierge and a Home Health Care Provider. In 1987 she moved to Maui, Hawaii where she met the love of her life, Don Schuppert, her husband for 24 years.
Besides her husband she is also survived by her step daughter, Lyn Schuppert, of Danville, CA; step son, David Schuppert, of Las Vegas, NV; her sister, Paulajane (William) Frankel of Margate, NJ and Delray Beach, FL and her niece, Devon Palamaro and her fiance Drew Vander Meulen also of Margate, NJ; Cathy is also survived by her sister-in-law, Joan Schuppert-New (Mike), of San Jose, CA. A memorial service will be held at Holy Cross Cemetery, Mays Landing, NJ later this spring.
In lieu of flowers the family requests donations be made in Cathyâ€™s memory to: Rathburn Center, 121 Sherwood Rd. Asheville, NC 28803
Banister Funeral Home of Hiawassee and George Wimberg Funeral Home of Ventnor, NJ in charge of arrangements.

To send flowers to the family in memory of Cathy Schuppert, please visit our flower store.