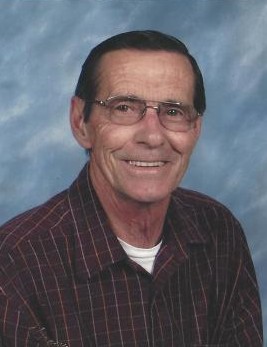 Mr. Bruce Cecil Garrett, age 78, of Hiawassee, Georgia passed away Saturday, June 15, 2019 at Northeast Georgia Medical Center after battling cancer for the 4th time. Bruce was born in Hiawassee, Georgia on June 7, 1941 to the late Rev. Cecil Garrett and Veta Hunter Garrett. Bruce was a member of Philadelphia Baptist Church in Hayesville, North Carolina. He was a fuel technician for private airlines for 30 years. During his career he had the pleasure of meeting many Presidents, famous musicians and actors, including President George H. W. Bush and Elvis Presley just to name a few. His career gave him many stories to share with his family and friends. Bruce loved to fish, watch the Georgia Bulldogs and Hayesville Yellow Jackets, while spending time with family. He also enjoyed bush-hogging, mowing grass and drinking coffee; he really enjoyed his coffee. However, as much as he loved his coffee, he loved his family much more. He was a devoted husband for 55 years, a caring father to his children, and a doting "Poppy" to his grandchildren and great grandchildren.  He was known to take his granddaughters to dance and basketball practice. He immensely enjoyed attending his granddaughters' and great grand daughters' dance recitals. Bruce is preceded in death by his parents Rev. Cecil and Veta Garrett and brother Raymond Garrett. He leaves behind his wife, Mary Lou "Sue" Burch Garrett; son, Bryne L. Garrett; daughter and son-in-law Lesia and Frank Johnson; sisters and brother's-in-law Gail and Ricky West, Diane and Doug Mills; grandchildren Taylor Meier, Jordan and husband Brandon Brooks, Madison Johnson; and great grandchildren Aubrey Meier and Malin Brooks.

Banister Funeral Home is in charge of arrangements for Mr. Bruce Garret.

To send flowers to the family in memory of Bruce Cecil Garrett, please visit our flower store.
Send a Sympathy Card