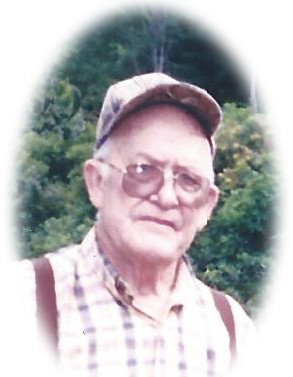 Brownlow Jack Anderson, age 85, of Hiawassee, Georgia went to be with his Lord and Savior on June 26, 2016 at Chatuge Regional Nursing Home following an extended illness.
Brownlow, better known as Brownie to family and friends was born on August 5, 1930 in Shooting Creek, Clay County, North Carolina. Brownie was a dearly loved and highly respected member of his community and surrounding areas. Brownie spent most of his working career working for the Georgia D.O.T. where he worked extremely hard to provide for his family. He was loved by all and live a righteous, Godly life. He was very proud of his legacy and loved his family, especially all of his many grandchildren. Above all else he loved God.
He is preceded in death by his loving wife Velma Anderson, his parents Henry "Grady" and Martha "Mattie" Anderson, two grandchildren Timothy Lance and Kristie Lance Gibbs; his brothers  R.L., Coy, Emmett, Hoke, Clint and Sammy Anderson.
He is survived by his daughters and sons-in-law, Beverly and David Brown of Young Harris, Georgia, Debra and Ted Lance of Blairsville, Georgia six grandchildren, Michelle Lance, Jennifer Stewart, April Lovell, Nikki Carney, Tyler Garrett and Josie Brown; 13 great grandchildren and three great great grandchildren; is stepmother Geneva Dayton, one sister, Sue Mullinax and one brother Joe Anderson. He is also survived by many other family and friends.
The family received friends at the funeral home on Wednesday, June 29, 2016 from 6:00 to 8:00 PM. Services were held on Thursday, June 30, 2016 at 11:00 AM from the Banister Funeral Home Chapel with the Reverend Glenville Nichols and Bishop Raburne Wilson officiating. Music was provided by Lacy & Tony Ford. Interment followed at the Pine Grove Church Cemetery. Pallbearers were Tyler Garrett, Chris Keys, Adam Anderson, Jody Anderson, Danny Brown and Robert Buchannan. Honorary pallbearers were Jason Barrow, Steven Lovell, Michael Keys and Cody Keys. Banister Funeral Home of Hiawassee Georgia in charge of arrangements.

To send flowers to the family in memory of Brownlow Jack Anderson, please visit our flower store.