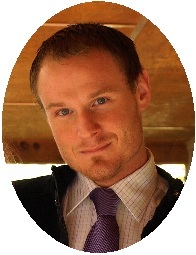 
Lieutenant Brian Allen Wilson, age 29 of Hiawassee, GA passed away on May 03, 2013 following a car accident. He was born to parents Robert and Alisa (Bursey) Wilson on October 11, 1983 in Murphy, NC. He was preceded in death by his sister, Brooke Allison (Wilson) Milam, maternal grandparents, Don and Barbara Bursey and paternal grandparents, William R. and Blanche Wilson. He is survived by his wife, Emily Wilson, of Hiawassee, GA; daughter, Zoey Brooke Wilson, of Hiawassee, GA;  parents, Robert and Alisa Wilson and step-mother, Debbie Wilson; one niece, Jaylyn Winter Milam; many friends also survive. Brian was in the U.S. Marine Corps, and worked with Towns County Sheriff Department since 2005. Brian loved his wife and daughter deeply and had a love for his family, friends and community. Funeral services were held on Wednesday, May 08, 2013 at 2:00 PM from McConnell Memorial Baptist Church with Rev. Harold Ledford officiating. Pallbearers were: Cory Ingram and Towns County Sheriff Dept. Honorary pallbearer was Grant Ingram. Interment was in Burch cemetery. Banister Funeral Home of Hiawassee in charge of arrangements.

To send flowers to the family in memory of Brian Allen Wilson, please visit our flower store.
Send a Sympathy Card