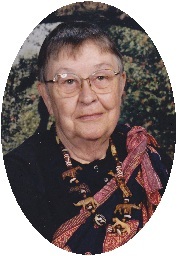 Bettie graduated from La Grange College, from which she received an Honorary
Doctor of Literature degree, and from the University of Georgia. Her further
study included Middlebury College, University of California at Berkeley,
UCLA, Yale, Dartmouth, Ohio State and Oxford University in England. While a
professor of English at Young Harris College for thirty-one years, she
distinguished herself as Chairperson of the Humanities Division and served
the college and her community beyond the classroom with her readings,
lectures and workshops. She was known for her scholarship on native writer
Byron Herbert Reece and received an Emmy for her role in producing the film
depicting Reece's life. She authored several volumes of poetry and was
well-published in academic literary journals and anthologies. Her many
awards include Poet of the Year by the American Pen Women, Governor's Award
in the Humanities, Georgia Author of the Year in Poetry, and being named
Poet Laureate of Georgia during the tenure of Governor Zell Miller. However,
Bettie was best known and loved as a teacher. She inspired students old and
young through her work at Young Harris College, her church, Institute for
Continual Learning and frequent speaking engagements. Her passion for
living, learning and language were lifelong and the accomplishment of her
students are her greatest legacy.

A memorial service to celebrate Bettie's life will be held at 1:30 P.M. on
Monday, May 20 at Sharp Memorial United Methodist Church in Young Harris.
The family will receive friends at the church, immediately following the
service.

In lieu of flowers, Bettie would be honored by memorials made to The
Pastor's Discretionary Fund, Sharp Memorial UMC, PO Box 66, Young Harris, GA
30582 or to The Byron Herbert Reese Society, PO Box 811, Young Harris, GA,
30582. Banister Funeral Home of Hiawassee in charge of arrangements.

To send flowers to the family in memory of Bettie Sellers, please visit our flower store.
Send a Sympathy Card