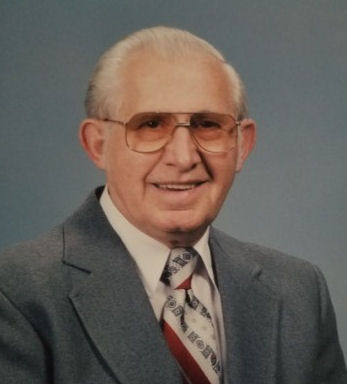 A native of Haywood County, he was a son of the late Lloyd and Mollie Bolden Clontz.  In addition to his parents, he was preceded in death by two brothers, Cecil and Norman. He was a United States Navy veteran serving in World War II and the Korean War.  Ayward worked at Canton Post Office for 30 plus years. He was a member of Central United Methodist Church in Canton and served on various committees.   In the early years, Ayward served in the Haywood County Rescue Squad for 27 years and was the Captain for 25 of those years. He was one of the first volunteer paramedics in the nation. He was also a volunteer with the Canton Fire Department for 25 years.  When he retired from the Post Office in 1983, he also retired from the Rescue Squad and Canton Fire Department. After his retirement, he taught nursing classes at Haywood Community College. He served on the Red Cross board and for eight years on the Board of Trustees of the Haywood County Hospital during which time the new hospital was constructed. He was the Canton Kiwanis Man of the Year in 1984-1985.

He is survived by his wife of 70 years, Betty Lou Earley Clontz; a daughter, Joy Brown and her husband, Fred, of Hiawassee, Georgia; and 2 grandsons, Joshua Brown and his wife, Laura, of Winston-Salem, and Brandon Brown and his wife, Megan, of Bluffton, South Carolina; four great-grandchildren, Kaleb, Myles, Norah and Tucker; a sister, Betty Reece of Canton; and a special caregiver, Peggy Burnett.

He adored his grandchildren and great-grandchildren. Ayward loved working in his yard, painting, drawing, and the trips to Lake Chatuge with his family.

The family would love to thank the staff of Brasstown Manor Retirement Community for the care and compassion they showed to Ayward.

At Ayward’s request no services will be held.

An online memorial register is available at “Obituaries” at www.wellsfuneralhome.com

Banister Funeral Home of Hiawassee, GA assisted in the care of Mr. Clontz

To send flowers to the family in memory of Ayward Marvin Clontz, please visit our flower store.
Send a Sympathy Card