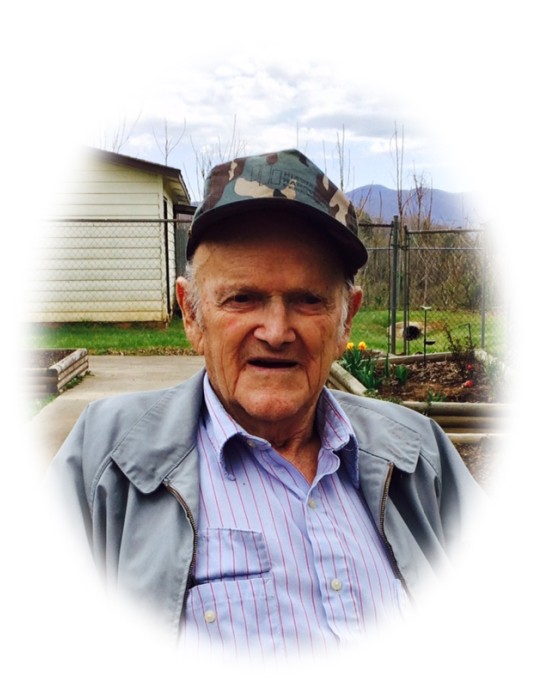 Mr. Archie Chastain, age 84, of Hiawassee, Georgia passed away on March 01, 2017 at Northeast Georgia Medical Center. Archie was born on June 17, 1932 in Hiawassee, Georgia to the late John and Nancy (Arrowood) Chastain. Archie proudly served his country in the Korean War receiving the United Nations Service Medal, the National Defense Service Medal, the Korean Service Medal with One Bronze Star, the ROK Presidential Unit Citation, and a Good Conduct Medal.  He was a devote Christian, reading his bible daily, enjoyed listening to gospel singing and was a member of the Union Hill Methodist Church.  He enjoyed sharing his love of old photos and stories with his family and friends.  He loved tending his annual garden and never hesitated to share his crops.  He retired from the Hiawassee Hardware after 44 years of service. During those 44 years, he was known throughout the community for his twice daily visits to both the hospital and nursing home spreading smiles and encouragement to all the patients.  Mr. Chastain was preceded in death in 2010 by his wife of fifty two years, Deloris Chastain. He was also preceded in death by brothers, Richard Chastain and Devero Chastain; sisters, Florence Canup and Cora Kindy. He is survived by his children; son and daughter-in-law, David and Rachel Nicolson of Toccoa, Georgia; daughter and son-in-law, Cheryl and Darrell Bowers of Jacksonville, Florida; grandchildren, Melissa Teske and fiancé Mathew Buchanan, Kristie and Nick Ward; great-grandchildren: Broderick and Bryce Gaston; brothers and sisters-in-law, Tommy and Elouise Chastain; Freeman and Ann Chastain; sister, Vada Lee Hughes; numerous nieces and nephews also survive.

To send flowers to the family in memory of Archie Chastain, please visit our flower store.
Send a Sympathy Card