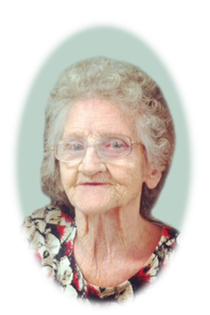 
Anna Mae Hedden, age 84 , of Hiawassee, GA passed away February 24, 2015. She was born to the late Basil and Ovie (Jones) Keener on July 8th, 1930. She was a member of McConnell Baptist Church in Hiawassee Georgia. In addition to her parents; she was preceded in death by a daughter; Melba Mulkey; brothers Bill Keener, Lee Jones and Olen Keener; sisters Betty Gates and Minnie Cole. She is survived by a son and daughter-in-law; Keith and Pam Hedden of Hiawassee; daughter and son-in-law; Mike and Dottie Crisp of Hiawassee and son-in-law Jimmy Mulky of Hiawassee; and a  sister; Lois Davenport of Fannin County Georgia; Seven grandchildren and Eight great-grandchildren; along with a number of nieces, nephews, friends and additional family. Family received friends Thursday, February 26, 2015 from 12-2PM at the funeral home. Services were held on Thursday, February 26, 2015 at 2 PM in the Chapel of Banister Funeral Home. The Rev. Larry Hedden officiated and Mrs. Hedden was laid to rest in the Osborn cemetery following services. Pallbearers were Randy Crisp, Eric Mulkey, Shawn Mulkey, Brad Stephens, Dustin Stephens and Kyle Oakes. Mrs. Hedden will be greatly missed by her family and friends. Banister Funeral Home of Hiawassee, Georgia in charge of arrangements.
To send flowers to the family in memory of Anna Mae Hedden, please visit our flower store.
Send a Sympathy Card