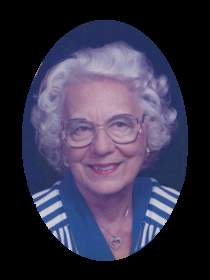 
SUBJECT: OBIT FOR: ANITA BARBARA LABELLE
Anita Barbara LaBelle, age 96 of Hiawassee, GA (formerly of Pt. St. Lucie, FL) passed away on May 06, 2014 at Chatuge Regional Nursing Home following a brief illness. Anita was born to the late Joseph and Margaret (Hatzinger) LaPlante on January 01, 1918 in Rome, NY. She met and later married Maurice J. LaBelle on February 11, 1941. Anita was owner of Anitaâ€™s Hair Salon until she joined Maurice in Ft. Knox, KY while he served in the U.S. Army. After returning to Rome she enjoyed homemaking while raising their daughter, Bernadette. She loved and most enjoyed her family. She was a devoted Mother, Grandmother and friend along with cooking, square dancing, sewing, knitting, quilting and gardening. She loved people and took great joy when friends would visit and enjoy her delicious Apple Pies. In 1957, she opened Rome Reweavers where she enjoyed working until she retired in 1976 and moved to Plantation, FL with Maurice. Following his death, she moved to Port St. Lucie, FL. She was a member of St. Lucie Catholic Church. She was a volunteer at Port St. Lucie Medical Center, taught Arts & Crafts to school children and adults and later at the Community College. She enjoyed working at Publix as a food Demonstrator. She loved cards and enjoyed playing with her dear friends on Monday afternoon regularly. Anitaâ€™s love of life and her laughter was contagious to all around her. Anita is survived by her daughter, Bernadette Fromen, of Port St. Lucie, FL; grandchildren, Christopher Ruby of Vero Beach, FL; Kari Post, of Port St Lucie, FL; great grandchildren, Kaitlin, Cameron, Caiden and Alyssa and  seven nieces and nephews also survive. Anita was preceded in death by her husband, Maurice, her parents, Joseph and Margaret LaPlante, her loving sister, Bernadette Ensminger and her adored brother, Joseph (Bud) LaPlante. A Remembrance service will be held at a later date at Queen of Heaven Cemetery in Ft. Lauderdale, FL. Banister Funeral Home of Hiawassee, GA in charge of arrangements.

To send flowers to the family in memory of Anita Barbara LaBelle, please visit our flower store.