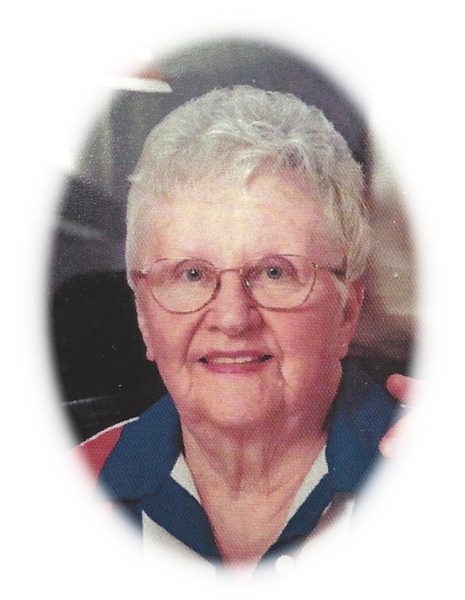 Alice Lucille Jones, age 96, of Blairsville, Georgia passed away on April 2, 2018. She was born on December 6, 1921 in Koshkonong Township, Jefferson County, Wisconsin. She was the daughter of John Lysser and Anna Altmann. She graduated from Monroe High School in 1940. Alice Lucille Lysser married Cecil Edward Jones on September 26, 1941 at St. Johns United Church of Christ, Monroe. She worked at Production Credit Association until December 1983 in Monroe.

She was a member of the Moose Lodge and a die hard Chicago Cubs fan.

Survivors include a son, Michael Jones, his wife Theresa and two grandchildren, Brian and Cory. She was preceded in death by her husband Cecil in 2007; daughter, Carolynn Jones Triggs in 1984; brothers, Ervin and William and sister, Gertrude.

A private graveside service will be held on Monday, April 9th at Greenwood Cemetery in Monroe. Shriner Hager-Gohlke Funeral Home of Monroe is assisting the family.

To send flowers to the family in memory of Alice Lucille Jones, please visit our flower store.